My fitness journey hasn’t been easy, but it’s shaped my fitness philosophy to be quite different.

For as long as I can remember, I was active and played sports. Dance, gymnastics, softball, basketball and volleyball—you name it, I tried it. Unfortunately, I was never great at any of them, but I kept active because exercise made me feel good about myself. 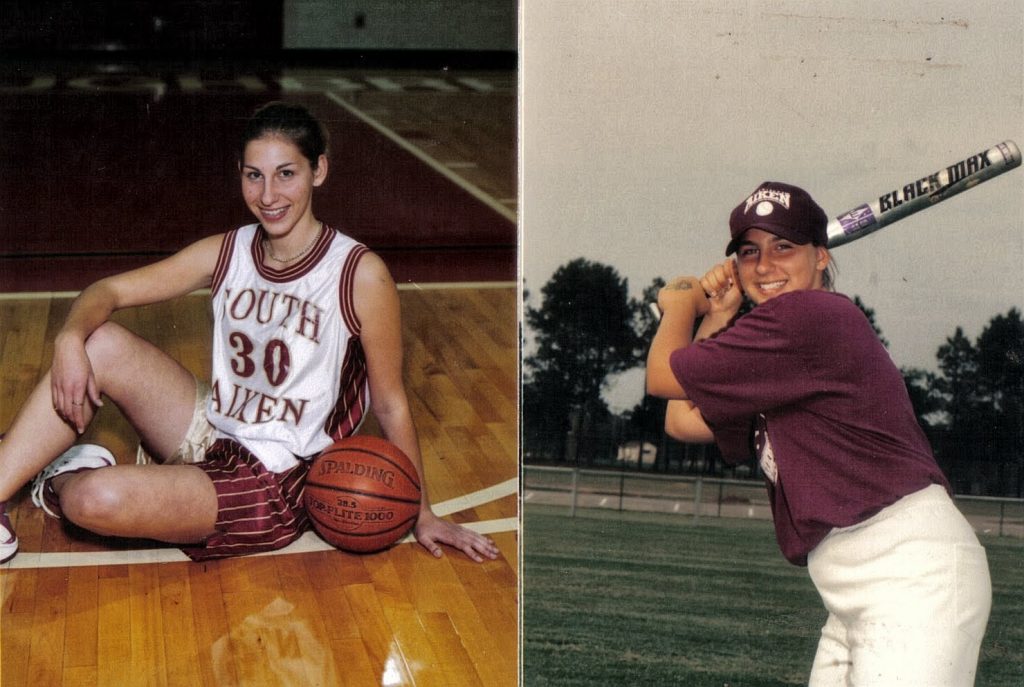 I was never a skinny girl (and pretty goofy if you ask me), but I was strong. Despite my positive attributes, I’ve always been apprehensive about my body. My father’s genetics blessed me with a medium frame and tall height, but my mother’s genes gave me curves. I didn’t fit the 90’s and early 00’s magazine-cover, wafer-thin, bird-like body image that I grew up exposed to daily in the media. To quell my body issues, in fourth and fifth grade, I took modeling classes and started reading fashion magazines (Seventeen, in particular). To this day, I blame them, and not my parents,  for fostering the unrealistic body expectations I created over the coming years.

In high school, despite my participation in sports, I became increasingly dissatisfied with my muscular and curvy body. Junior year, I experienced my first serious heartbreak, which was the catalyst for the eating disorder I had been incubating in my psyche for so many years.

For anyone who wants to know what an eating disorder is like, do this—only eat an apple and two crackers everyday for six months, run/walk several miles every day, stay home every night, never eat out for fear that the fat from the restaurant will somehow contaminate you, and delete all the phone numbers in your cell phone because all of your friends will eventually drop you and/or gossip about you behind your back. They will say that you have become anti-social, depressing to be around, obsessed with food and working out, and above all, TOO SKINNY. If you want the full eating disorder experience, you might as well tell your family that you hate them a few times a day, because your actions will certainly speak to this.

I could write volumes on the damage an eating disorder does. I went from a curvy size 8 to a size 1. At my lowest, I weighed 117 pounds. Total, I would estimate that I lost about 50 pounds over four or five months. Slowly, my body ate away the muscle built through years of sports, and my ribs, elbows, knees and hips started protruding. It’s still hard to look at pictures of myself at my near-lowest. People constantly complimented me on my thinness. Their compliments haunt me to this day.

At my lowest point, Prom 2002. Note the bony elbows–the hallmark of an eating disorder. 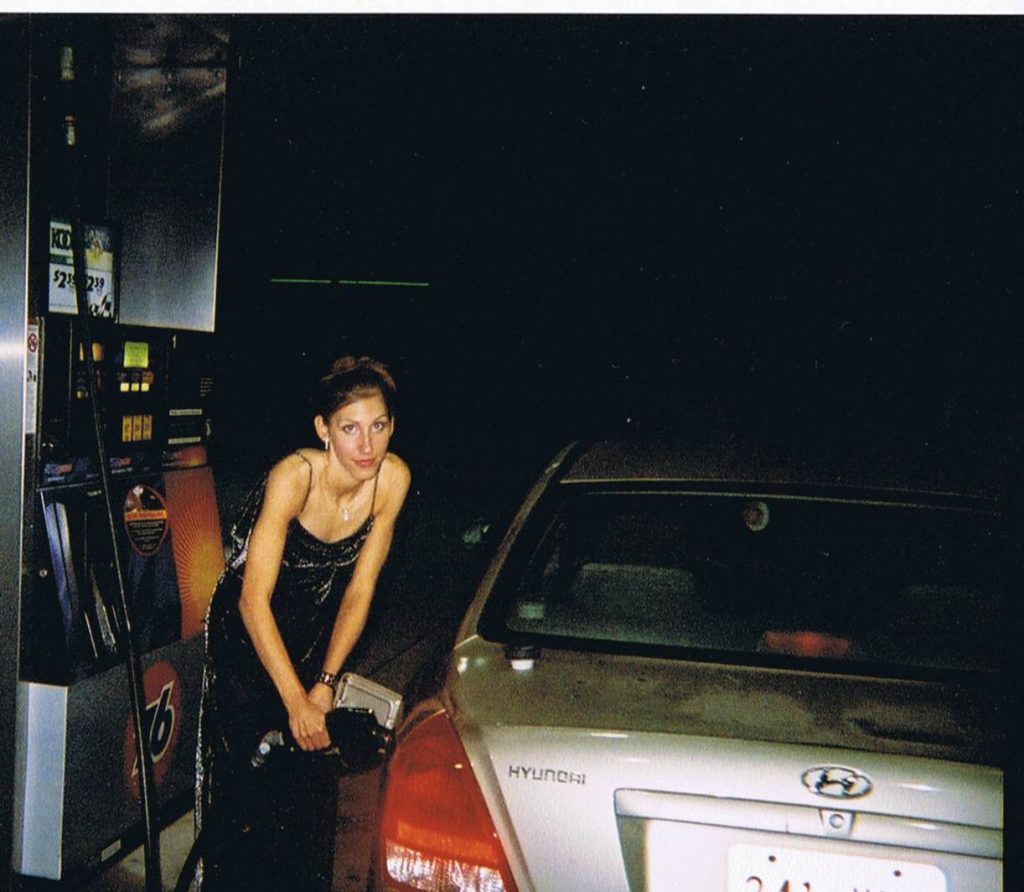 When the eating disorder was in full gear, I stopped playing sports because I became too uncoordinated. I rationalized it was because I was never that good at them anyway. I hit rock bottom when, after a long day starving, purging, and moving, I could not get myself off the couch because I was THAT hungry. My body literally had no energy in it. I had fully become someone else.

I was killing myself slowly and painfully and probably would have died if it were not for my sister, who called me out on Mother’s Day 2002 in front of my family. I hated her for MANY months after that, but in retrospect, I see that she cared for me the most to do what she did.

Then began the LONG recovery. I was in therapy, seeing a doctor, and seeing a nutritionist. From the onset, it’s important to note here that after my outing, I didn’t want to get better. I was embarrassed, ashamed, depressed and still in denial. I was told to gain weight and had to eat many times a day– which for most people would be a heavenly order–except for eating disorder patients, it’s a mental trap.

I worked out more to compensate for the extra food and spent three hours in the gym everyday. I did the same machines every time, the same weight—control, control, control. I wasn’t gaining weight or muscle. I acknowledged to my therapist that I was obsessed with working out (she actually saw me at the gym one day and asked me about my habit). I had developed a form of OCD called “exercise bulimia.”

Of course to manage that, the only cure is to NOT work out as much. My support team of family and doctors cut me off from the gym cold turkey for two weeks. I was told that I could not work out AT ALL. Like I said, this probably sounds fabulous, but to someone with OCD, where routine and ritual are vital, it’s the end of the universe.

When I could exercise again, I was put on strict regulations by my doctor. She said I had to limit exercise to one hour a day, 3 days a week.

I figured that I could get more bang for my exercise hour in a group fitness class. I remember wandering in to the first class—a little intimidated because no one (not even the instructor) talked to me. After that class though, I was HOOKED. I loved the music, the group motivation, and the moves!

Group fitness became my recovery tool. I think it cured my fitness obsession.

In college, I took group fitness classes offered through campus rec and fell even more in love with all of the formats. I became a regular attendee. One day, the lead instructor, who was graduating and leaving the area, approached me:

“Laura, you have great form! Have you ever thought of teaching aerobics?” (NOTE: back then it was still called “aerobics!”) I wanted to say “no” and thank her for the compliment, but something—intuition, my inner being, or my subconscious blurted out, “A little—I bet it would be fun!”

She invited me to a teaching clinic she was holding and within three months I was certified and teaching group fitness. And the rest is history as they say!

It’s been about fifteen years now, and I am fully recovered. I’ve gained all of my weight back and I’m proud of it. I’ve become the confident woman I was meant to be. I still have a few nagging self-esteem issues, but my past always puts things in perspective. 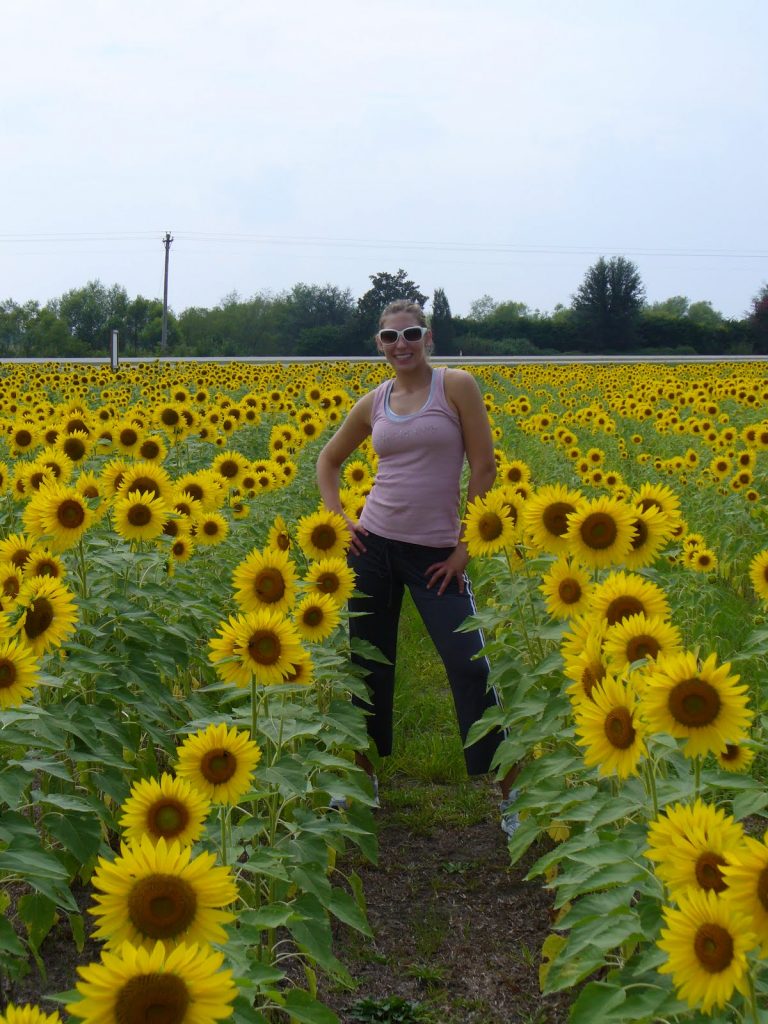 What I learned from my journey is that you have to want to get better and be healthy. I made the decision to take healthy control over my body and myself. Today, I’m at my “happy weight” and loving my curves. I take pride in what my body can do—it’s power, talents, and how it can be used to help others reach their fitness goals—and NOT in the number on the scale. Group fitness not only makes me feel powerful, but helped to save my sanity and my life.