April 4th of 2015 was that day that turned Mindy’s life around. Starting at 466 pounds, Mindy decided to regain control of her life so that she could be around to watch her nephews grow up. Today, Mindy is happily and confidently at 216 pounds! “I have never been happier. But I have been asked a million times what my goal weight is… and I don’t have one. I just want to be happy and healthy and I am.” 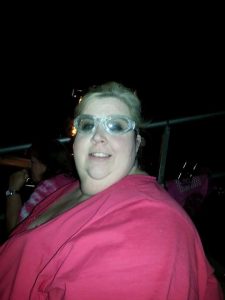 Mindy had her weight loss surgery through OSF St. Francis back in 2015. For this type of surgery, the doctors removed half of her stomach and rerouted her intestines. Mindy now not only has a smaller stomach, but she also has less intestines making her dietary needs much different from others. “I can’t eat corn or lettuce, apples or hard foods even. Some who have had surgery can but it just doesn’t digest for me. What most people don’t understand is that my intestines only absorb 20% of what I eat. That is why I eat so much more now than I did… but it is SO much healthier food choices. Most people don’t understand how this is possible… but with a smaller stomach and less intestines, it’s hard for them to understand the difference. We are supposed to eat 120 g of protein. Basically, they want you to use butter in everything that you are cooking. With having such little intestines, once it gets out of your stomach it is already going to leave your body. Everyone else’s food is digesting for hours and hours after eating.” “Not eating French fries was the hardest thing for me. Now I make better choices when I go out to eat. Instantly when I get something to eat I usually pick apart the meal because there are some things I know I can’t have. I have to have my protein over anything else so I really have to pay attention to it.”

I asked Mindy if it was difficult to completely change/learn a new way of eating. Her response: “I was big for a reason. I went to junk food. When I was sad, I ate. When I was happy I ate.” Of course it was hard for her. But she makes better choices now when eating. “I have learned to love chicken. And I make better decisions when I am eating out. I have to get my protein in, so knowing this I have to be aware of what I am feeding myself.” She mentioned that she remembers having to take 42 vitamins a day. “It felt like I would eat, take vitamins, eat, take vitamins, etc.” Mindy said that she was so sick post operation. “I was an emotional mess. But I am so incredibly thankful that I had the friends that I did that stuck by my side. I had so many people who stuck by my side… but I found out who my real friends were.” 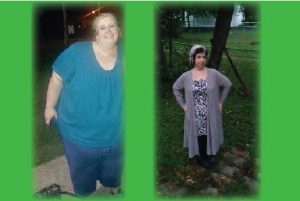 What made Mindy decide on this surgery? “It has the least regain of all the surgical options. Even not working out as much as I want to I have only gained 10 pounds from my lowest weight. There have been people who have said to her, “don’t you think you should have lost more weight?” And her response: “I have lost over half of my body weight and have maintained that for three years now.” “Because I am not teeny tiny – and I am never going to be “teeny tiny” I have had people tell me that I took the easy way out. But you know what? I work out more now than I have ever worked out in my life. I even started running for the first time. Today, Mindy is slowly working towards getting her personal training certification along with her certification to instruct a dance class here at the RiverPlex. “It takes way more time that what I have right now. But I would like to get certified in other things as well.”

This was by no means smooth sailing for Mindy. She had plenty of setbacks that were entirely out of her control. “I recently saw a side by side of what I used to look like three years ago, and I still see that person in pictures. I have had people talk about my extra skin behind me in a class and I always get asked, “are you going to have that (extra skin) removed?” And to be honest, it is a part of me, but also- insurance doesn’t cover that type of thing because it is considered cosmetic surgery; its not easy to have a surgery unless the doctors deem it a medical emergency.” Mindy remembers someone behind her in a class talk about her “jiggly skin”. It was close enough to where she could hear it but far enough away where she couldn’t just turn and say something to them. “Believe me I wanted to say something back. I went home and after that I stopped wearing tank tops for a long time. It bothers you. But I just truck on because I have to. At 466 pounds, I would have cried for weeks about this. And now, I just remind myself that I have to keep going. There are gonna be those nasty people that just don’t understand.” 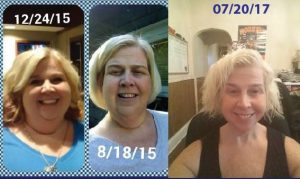 “I walked into my first dance class 6 months to the day that I had had my surgery. Never in a million years did I think that I would take a dance class. I started in the back row, I had no rhythm… I eventually started to move my way up to the front row. And that’s when I decided to become certified to teach the dance class, because I was told that I wouldn’t be able to.” Not only did Mindy decide for herself that this surgery is what she wanted, but she recovered from surgery and got herself back into the gym! “You have to find something you love. The gym saved my life.” “I co-teach WERQ here at the RiverPlex with Kristin. It has been my savior. I teach it once a week at Knoxville High School and once a week here on Thursdays. I try to dance as much as possible. It just doesn’t seem like working out and I just like to dance!”

“I don’t have the type of body where if I walk into the gym people know that I am an instructor. People have to realize that I am not your typical dancer; I don’t look like I teach hip-hop. But who are you to dictate what I should look like teaching a dance class?” “I can pop by butt better than you would think!” In interviewing Mindy I realized that there are these stereotypes of what a trainer or an instructor should look like, and they need to go away! Who is to say who can and can’t be a instructor just because of the way that they look? Do something that you enjoy, love, and are knowledgeable about.

“Everybody has been so kind here at the RiverPlex. You go into a gym at 466 pounds, and you don’t know what to do. You don’t want to take classes because you don’t want to be the fat girl in class not being able to do certain things. But now I’ll go in to a class and try it out. I am not a dancer… and if you would have told me two years ago that I would be taking a dance class I would have laughed at you. And if you told me two years ago that I would be teaching a dance class I don’t even know what I would have thought of you. There’s something about teaching dance where if I can get myself up there and teach I don’t have any problems being in front of the crowd! 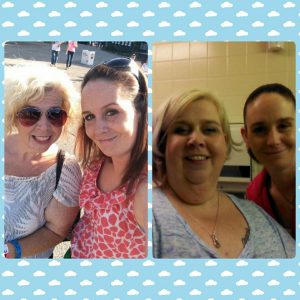 What would you tell someone who is considering surgical weight loss?

“Do it! But you HAVE to be your biggest advocate and fight for what you want. You have to fight for yourself because no one is going to do it for you. I have plenty of health problems that I have to fight the doctors on so that they will work with me and understand me, but you have to trust your gut. If something seems wrong, something is wrong! I fought tooth and nail to get to where I am because I had to.”

What would you recommend someone do who was been struggling and hadn’t decided on surgery or making a lifestyle change? “Call your friends, get involved in a support group, and if they don’t support you, they are not your friends. People who were my friends before are not my friends anymore because they judged me. It’s the truth. It’s hard for people to handle (the process of surgery and post surgery). But I have said since day one and I’ll continue to say it; reach out to me! I will talk to anyone about the surgery. If you want to go to the gym but you’re scared, call me! No one wants to walk into the gym and feel like everyone is looking at them. It’s hard to get on a machine and enjoy it when you feel like everyone in the room is staring at you. So if you need a friend to workout with or someone to talk to, I have always said since day one. Call me. You can private message me even, just reach out to me! You want to come to a dance class? I will meet you at the front doors. If I had someone doing this for me at the time, things would have been much easier. Most importantly, you have to believe in yourself.”

Something that Mindy noted: “As an instructor or coach, if you give a modification during your class to someone you think needs it, and they still try to not use the easier modification.. do not shame them for not listening to you! Let your participants push themselves and try out new and challenging things. (Yes if things are being done in an unsafe manner then you should step in). Mindy told me that she had gone to a group fitness class at a different location and she wasn’t doing the modification that was given and the instructor approached her after class and said “I gave you a modification and you basically turned your nose up at it.” Imagine hearing this from an instructor. How de-motivating is that? Push your clients and let them have the positive and fun experience at your class that everyone else is allowed to have. Never assume you know what a person is capable of. 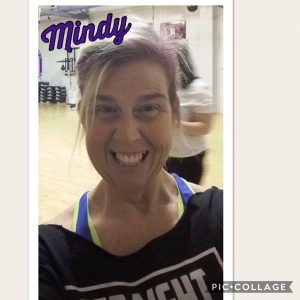 What advice do you have for anyone out there?

“If anyone wanted advice, it would be to get a personal trainer. You need the accountability. But you have to find that one personal trainer that works for you. I tried out other personal trainers and I only lasted with them 4-5 weeks. Everyone needs to know that they are not stuck with the trainer that they were assigned. You can ask for someone who helps better motivate you. Not somebody that is just thinking “you’re just the next client.” Like me, I need someone who is in your face and “go go go go!” A lot of people think that it’s not an option that once you get a trainer that you can’t switch.” I think as a trainer myself that this is key for me to understand. Trainers have to build a relationship to really understand their clients and their client’s needs. Everyone should know that if you don’t like who you are training with, there is always an option to switch- at NO cost! All we hope for our clients is their success in training. We want you to get what you are paying and working for.