Damariz grew up in Chile, South America. She remembers playing volleyball, soccer, and basketball in physical education class. She was great at it, but didn’t have any interest in participating in any organized sports. Damariz never struggled with weight, always hovering around the 115-120 lb. mark, until she was around 26 years old.

When Damariz was pregnant with her first child, she gained a significant amount of weight. After having her second child, she stayed around 160 lbs. and struggled to get back to her original weight. She remembers people saying she looked so much older because of her weight gain. Damariz stayed around this weight for about 12 years. 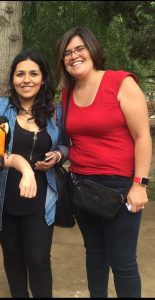 During this time, Damariz never looked in the mirror and saw herself to be overweight. She also didn’t have any health problems that she was aware of, therefore, she seemed to only compare herself to those her same size thinking, “They’re my size and have more health concerns than me… so, I’m fine. I don’t need to lose weight.”

Shortly before moving to the United States, Damariz had gone to the doctor to discover that she had high blood pressure. They had put her on medication for this. Then, after moving from Chile to Peoria with her family, she found herself in a bad cycle of unhealthy eating and inactivity. She decided to go to the doctor for a checkup. During this visit, she found that her blood pressure was still high, even while being on her medication. Even though there were no other health problems found, she decided she wanted to make some changes.

Damariz had gone to meet with a Latino women’s group and met Mari. After talking, they decided to start attending the RiverPlex together. For about the first month, the only thing that Mari and Damariz did was running and walking the track. Damariz first started with running 1 minute and walking 10 minutes. She describes being so winded after just one minute! They continued doing this for 2-3 times per week. After one month, they both started adding the treadmill. After about two months, Damariz was able to run a 5K distance without stopping. 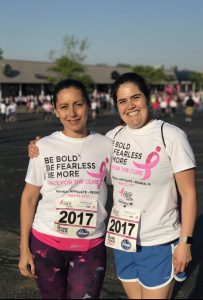 Around 3-4 months of going to the RiverPlex, Damariz noticed her body changing a ton. However, her weight wasn’t changing. Along side eating healthier, they both decided to add weights to their regimen, after reading how that can help with weight loss. In came Body Pump…. Damariz and Mari attended this class for the first time with Andrea. They did their first class with only the bar – no weights! Damariz says, “We were in pain for like 2 weeks! It was a little intimidating.” 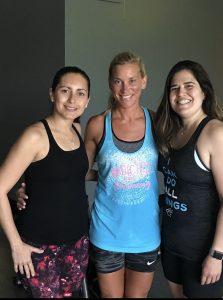 After attending Body Pump for a while, Andrea suggested coming to Body Attack. After doing both of these classes for a while, they then added RPM and CX WORX (again, after the recommendation of our instructor, Andrea!). During this time, they both were noticing a big transformation in their bodies and their confidence to try new things. They were meeting new people and members were noticing their progress!

Damariz says she’s lost around 35 pounds during this time. When I asked her what she has learned the most through this process she stated, “I never thought I had problems with confidence. But, I would have NEVER worn a bikini before. Now… let’s bring it on!” “I’ve always been more outgoing, but now I’m more outgoing with more confidence.” I also have gained many friends! People here at the RiverPlex are so nice and it feels like home. 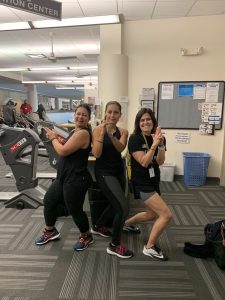 What advice would you give to someone that was in your shoes? “You have to get it in your mind what you want. It’s never going to get easier. Be very consistent. Get accountability so you can keep going!”